Of Maiming or Because I said So!

I got up today.
Ready to take on the world.
By mid afternoon my head was spinning in multitudinous directions. I started grumbling and bitching in my own head. To get over it I started day dreaming about the next season of Dexter and how would he get out of explaining to his sister (who is in love with him) about the murder she sees him committing and ………
and wham
I could swear it was someone inside me.
The only thing he said was “Seriously????”
I was stunned for a moment. Jumped out of my chair and started pacing and realised that something inside of me was screaming!
Zahra! Good God! Has it come to this? Are you stupid? You ridiculous old senseless ….. umm (and other inappropriate words to myself).
We are conditioned to be parasites from birth.
We are spoon-fed at school. I remember getting lower grades at school because I didnt copy the answer exact same to same from the text book. I used to pour over my answers and question my teachers but I was just told to ‘print’ my answers.
I was not allowed to question.
When I found some idea contradictory, I was not allowed to contradict.
When I found something new that the teacher didnt know, I was rebuked.
When something did not get through my skull, I was called stupid and told to memorize.
(“Who has heard of “other” teaching methods?”)
I was told to respect the teachers I didnt respect.
I was told to do things that I was not taught to do and expected to do them like a craftsman.
I was told….
I was ordered…
I was told….
I was ordered…
I was ordered…
……………..and I was told not to “THINK”.

My elders had already done the thinking for me.

False doctrines were ingrained and hammered into us :
Not tell the truth cause it will hurt others.
Not share ideas that are different, it may cause outrage and ostracism.

I was told to understand and compromise that which I thought was false.

and as I thought about me and my generation being maimed, I realised its been like a vicious circle. This story has probably been going on for generations. Those who realised it, got liberated. Those who didnt, are right now watching Star Plus ke saas bahu dramey and crying over them or busy ‘poondying’ at girls the age of their kids’ or sitting frustrated at some frustrating place doing frustrating work and wishing to just get some sleep without the power going out.
By the time I have finished writing and editing this, they will be calling up their friends and chittering chattering about “oh do you know!”es or sippping tea and watching the latest atrocities on the news or watching cricket (depends if there is a live match going on and lots of gambling to be done or not) or yelling at things and people who are inconsequential or…or …or …or… 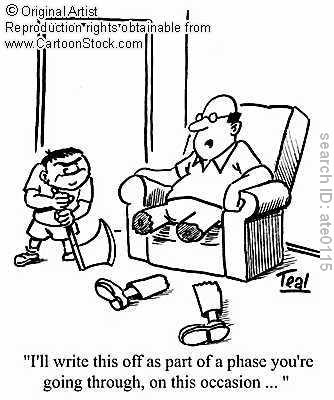 Incidently I read this and I dont care how long it takes, just shut up and read it!
I have “ORDERED it!.”
and do it because “I HAVE SAID SO.!!”
and do it because “I AM TELLING YOU TO!!!.”
and because “I KNOW BETTER!!!!.” and you DON’T!!!!
so dont you dare……..OR ELSE!!!
copy paste material: Queues of Circular Complaints
and for the season finale quote…..
They advertise not to waste electricity. How about advertising about the one thats in everyone’s brain?

Beautifully expressed! this is a typical learning environment in developing countries.
Thanks for sharing!

I was just going through the posts in my facebook newsfeed. A friend had posted a couple of pics of his visit to Marjan Island. So I thought I should google it (Since I live in the area) and found your post about the Island. I read a couple of your posts. I have to say that your writing style really clicked with me. I'm gonna make up time and read all of your posts. I second your ramblings (at least the ones I've read so far) 😀 Cheers!